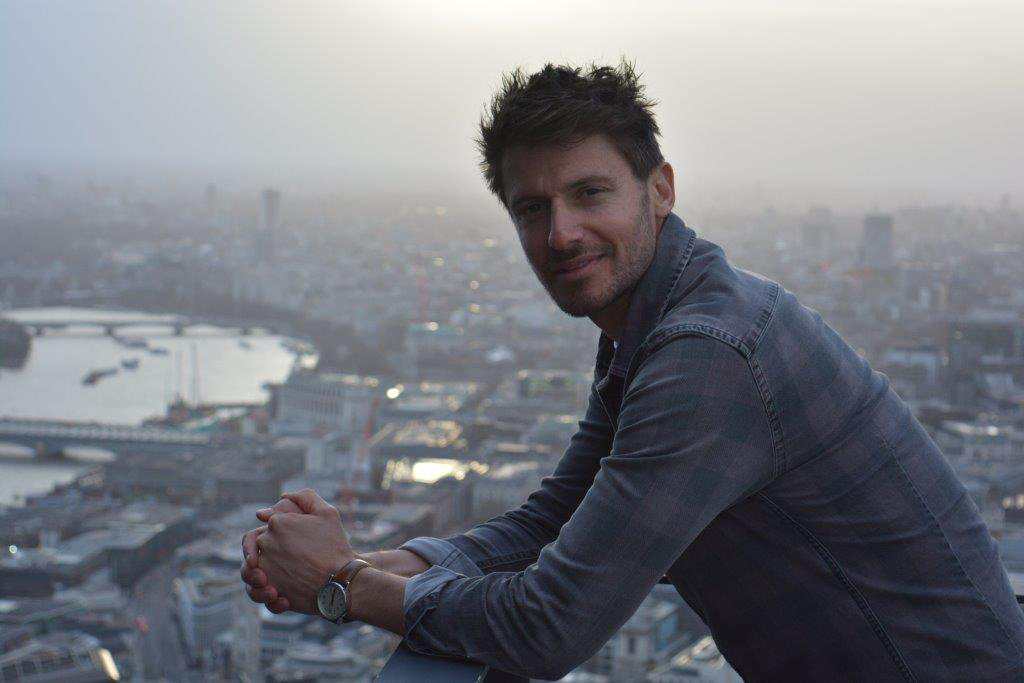 Rob Bell is an engineer and adventurer, as the son of a scout leader he’s always had a curiosity to explore his surroundings.  Thrill seeking has taken him to all corners of the planet, from canoeing the remotest rivers of the Yukon, to rallying through the Sahara, trekking in the Arctic on a climate science recce and working as a ski lift operator in the Canadian Coastal Mountains.  He’s a sucker for punishment and regularly puts his body to the test.  He’s raced marathons (very quickly), triathlons, the Ironman, long-distance open water swims and is always on the lookout for his next challenge.

Rob has presented Inside The Tube: Going Underground, a 4 part series on the histroy of the iconic London transport system, The Great Fire and Great British Royal Ships for Channel Five, Tomorrow’s World: Made in the South for the BBC and is currently on screen with the Worlds Greatest Bridges on Five.  Last year Rob presented his first Bridges series, Britain’s Greatest Bridges aswell as The Science of Thrills for Insight, a newly launched, worldwide, Ultra HD channel.  In it Rob rode some of the biggest and baddest rollercoasters around the world to understand the science behind what makes them so great.  In 2015 Rob ran 7 marathons, on 7 continents, in 7 days.  This amazing feat of endurance was captured in Monster Marathon Challenge, a 2 part series for Travel Channel. The same broadcaster followed Rob in 2013 on another global pursuit for the 6 part series Man Vs World.   The series saw Rob undertake various point to point journeys using almost 30 different modes of transport with only one rule, no engines allowed, it was nature and man power all the way.

As well as the Travel Channel Rob has presented various successful shows for UK broadcasters.  He travelled the length and breadth of the country exploring the forgotten world hidden beneath our feet in Underground Britain for Five, The Science of D-Day, Haslar: The Secrets of a War Hospital, Tank Men and Engineering Giants, an intimate portrait of 3 phenomenal machines that have more to them than meets the eye, a jumbo jet, a cross channel ferry and an offshore gas rig, all for the BBC.

Rob graduated with a Masters in Mechanical Engineering with French and through his TV work is now on a journey of rediscovering his love for science and engineering.  Be it man made, historical, futuristic, big or small, he loves to find out how stuff works.  Rob actively champions STEM subjects (science, engineering, technology and maths) and is passionate about raising their profile amongst school children.

Rob’s TV experience has made him a popular choice for corporate films that don’t make it into the public domain, previous clients have included Porsche, BMW, BAE Systems, British Airways, Shell, Kongsberg, HS2 and the National Grid, the Institute of Structural Engineers and the Institute of Engineering & Technology.