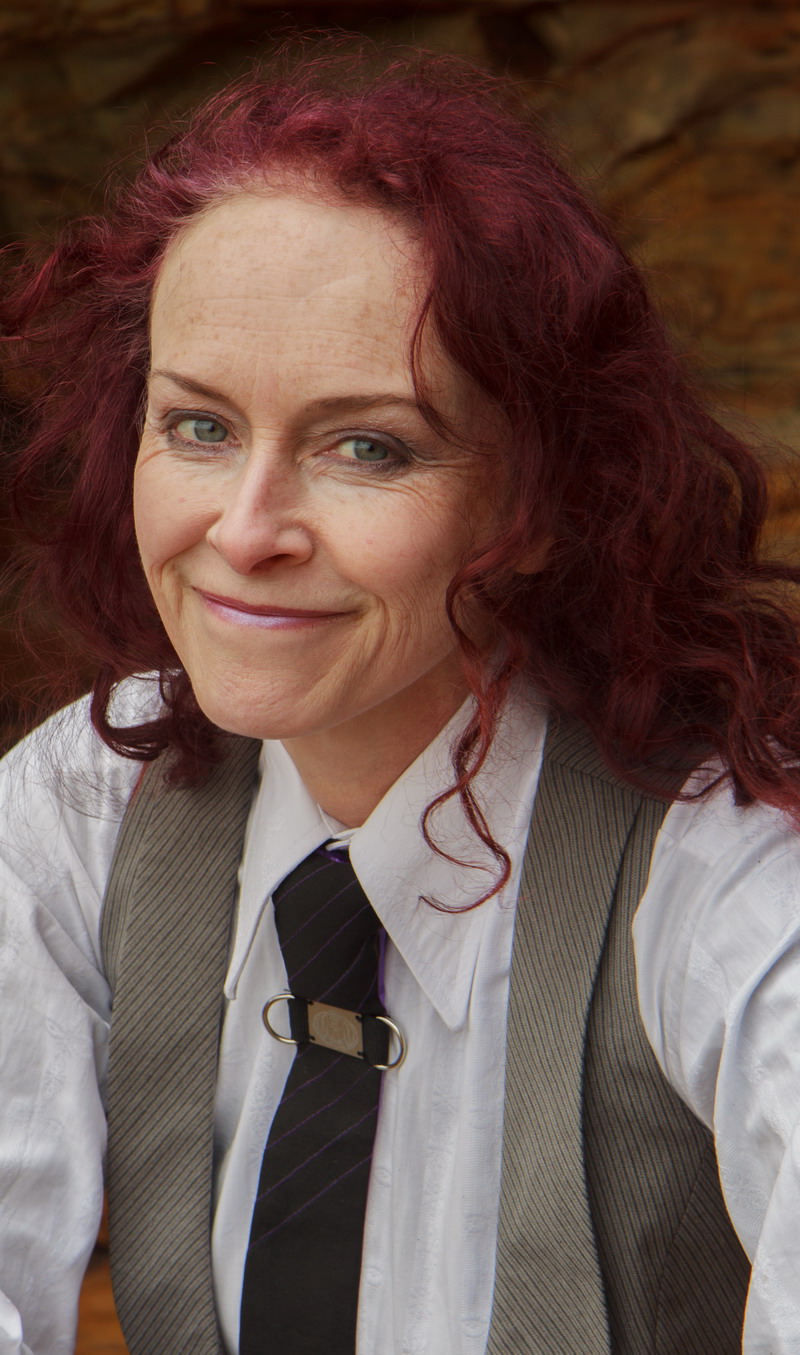 Rosie Garland writes novels, poetry, short fiction and sings with post-punk band The March Violets. With a passion for language nurtured by public libraries, her work has appeared in Under the Radar, The North, Mslexia, Butcher’s Dog, Longleaf Review, Spelk, Ellipsis, Rialto & elsewhere.

Debut novel The Palace of Curiosities (HarperCollins 2013) won the inaugural Mslexia Novel Competition and was nominated for both The Desmond Elliott and Polari First Book Prize. Second novel Vixen (Borough Press 2015) was a Green Carnation Prize nominee. Latest novel The Night Brother (Borough Press 2017) was described by The Times as “a delight: playful and exuberant… with shades of Angela Carter.”

She’s received writing commissions from Bronte Parsonage Museum and Tate Modern as well as nominations for the 2018 Pushcart and Forward Prizes. Forthcoming poetry collection ‘What Girls do the Dark’ (Nine Arches Press) is out October 2020. Apples and Snakes describe her as ‘one of the country’s finest performance poets’.
In 2019, Val McDermid named her one of the UK’s most compelling LGBT+ writers.

QUOTES
“The Palace of Curiosities is a jewel-box of a novel, with page after page, scene after scene, layer after layer of treats and surprises. Garland is a real literary talent: definitely an author to watch.” Sarah Waters

“Poetic, surprising and deeply moving, ‘Vixen’ will have you hooked faster than it takes to drink a jug of ale and – unlike ale – it will stay with you long after you’ve reached the final page.” Diva

“Garland’s lush prose is always a pleasure.” The Guardian