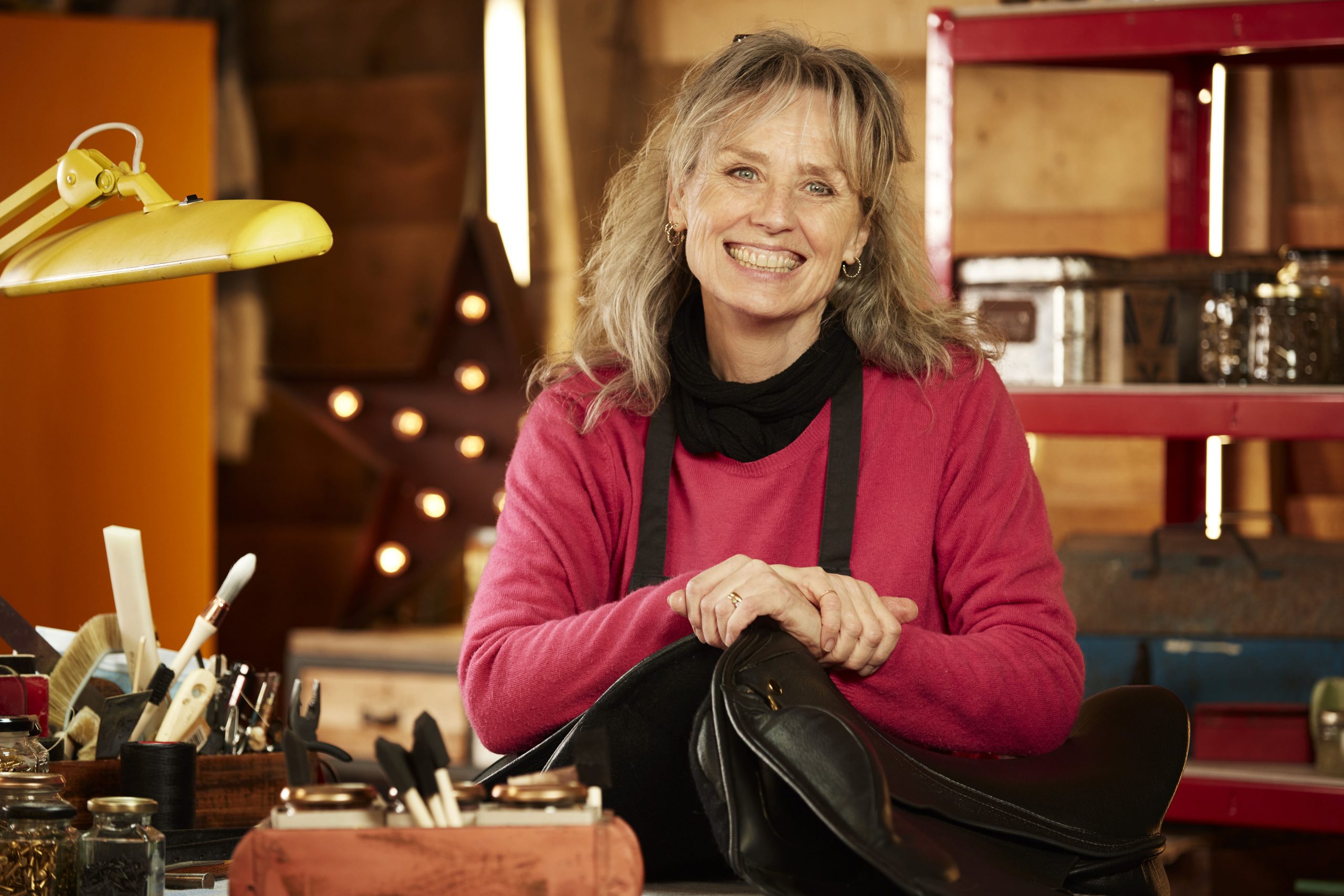 Suzie Fletcher is a member of the skilled team on BBC One’s The Repair Shop. The experienced restorer and saddle-maker has a huge passion for horses and design and shares these talents on the popular TV series.

As a country girl, lover of horses and creative artist specialising in leather work Suzie combined her passions to become one of the first female Master Saddlers in the UK.
Through various commissions Suzie was offered a position in America. The American equestrian market was very active and Suzie soon found herself running her own business and working all over the US. As a keen rider herself, Suzie specialised in designing and making saddles for the female rider.  Suzie was also the authorised repair workshop for several of the U.K. saddle-making companies.

Settled on a homestead farm on the Eastern plains of Colorado with her husband and a collection of horses, dogs and cats she spent her days in the workshop, on horseback or motorbike. This all changed 18 years later when her husband passed away after a short illness.
Suzie returned home to the UK and planned to take things easy for a while but five weeks later she found herself in front of cameras for a new BBC program called “The Repair Shop”.