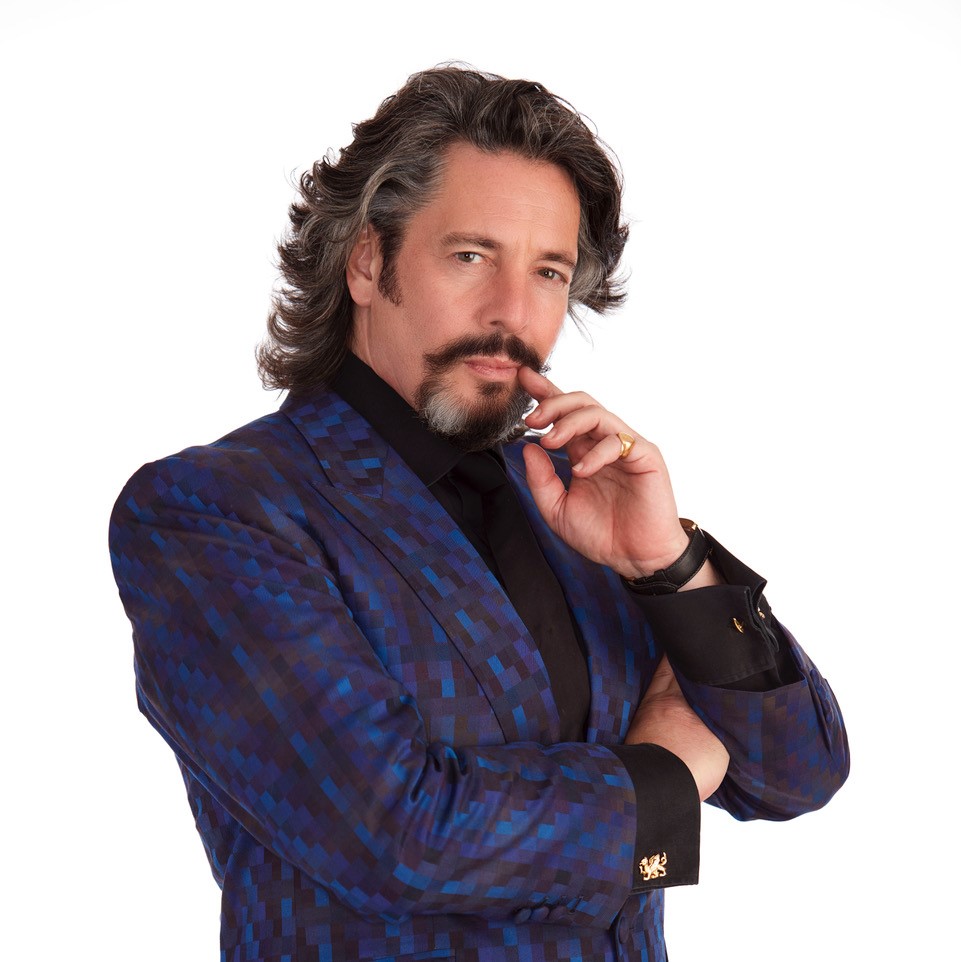 Globally acclaimed Interior Designer and TV Personality Laurence Llewelyn Bowen is a true British icon. His unrivalled talent, professional skill and personal charisma has established Laurence as an international design superstar and easily one of the UK’s most famous and recognisable faces.

Laurence is celebrated for his passionate advocacy of design democracy and has an unwavering commitment to the concepts of ‘Everyday Luxury’ and ‘Casual Glamour’. His unique style and a sharp knowledge of the sector has ensured the LLB-Home brand ranking within the Top 3 UK designer home ranges for the past decade.

Laurence’s overall style is warm and witty, with the perfect blend of aristocratic glamour and British elegance. He has a rare and fabulous ability to surprise and shock, which has become infamous – not only the world of television, but within British culture.

Laurence’s broadcast career is exceptionally impressive. Originally famed for his iconic design role in the original BBC ‘Changing Rooms’ series, Laurence is currently fronting the Channel 4 reboot of the show for 2021. He continues to be a well-known face on hit-shows such as BBC One’s ‘DIY SOS: The Big Build’, BBC One’s ‘Celebrity Painting Challenge’, BBC One’s ‘This Is My House’ and BBC Two’s ‘Interior Design Masters.’ On top of this, Amazon Prime hosted his own design series, ‘Laurence of Suburbia’, he was the judge on Netflix’s smash-hit ‘Instant Hotel’ and Laurence remains the design expert on Discovery’s, ‘My Lottery Dream Home’. This is in addition to regular appearances on the UK’s number one daytime show, ITV’s ‘This Morning’ and being a judge on Channel 7’s hit series ‘House Rules’ in Australia.

As well as running his own interior design practice in Cirencester, Laurence has a number of very successful product ranges including a best-selling wallpaper, mug and cutlery range. Over the past six years, Laurence has worked with Littlewoods as the face of interior design and continues to design a large range of products exclusively for them. He is also the face of Victorian Plumbing, alongside other long-term commercial partnerships. More recently, he designed a premium bed range with furniture brand Aspire, and has other luxury brand offerings in the pipeline.

Laurence also works extensively with various charities, including Shooting Star Children’s Hospices, for whom he won an incredible £500,000 on ITV’s ‘Who Wants to be a Millionaire’. A huge press and media favourite in the UK and beyond, Laurence is key British talent in the entertainment and interiors industries combined.