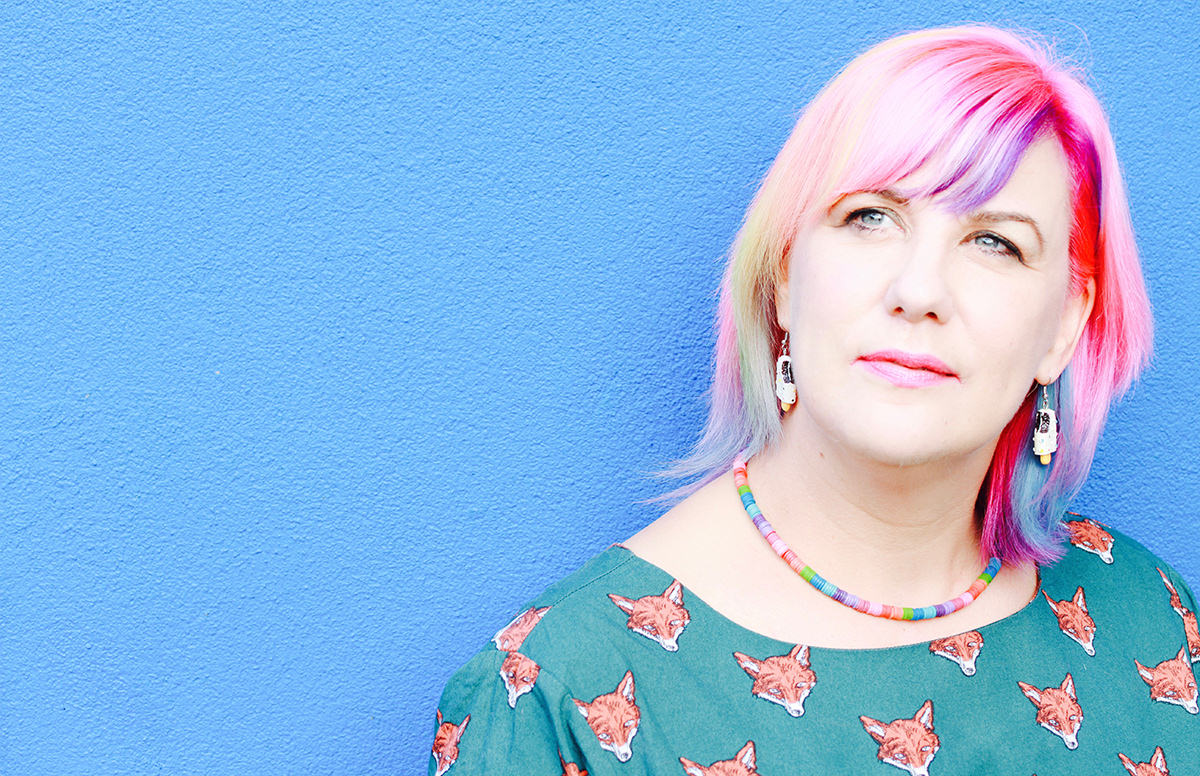 Kate Fox is a writer, comedian and ‘stand-up poet’.  She was awarded a PhD in solo stand up performance, class, gender and Northernness at Leeds University. She has featured on Radio 4’s Saturday Live, at the Glastonbury Festival and the Great North Run, and has performed commissioned poems for BBC1, BBC2’s Daily Politics, Radio 3 and 6Music. Her two half-hour comedy shows “The Price of Happiness” were aired on R4, and she has presented Pick of the Week twice.

Kate has performed at Latitude, the Stand Comedy Club, the Soho Theatre,Oakland University (USA) and the Turku Literature Festival (Finland) and many other prestigious venues and festivals. Her solo shows include “Poet in Residence”, “The Starting Line”,  “Kate Fox News” and “Good Breeding”, performed at the Southbank Centre, the Ilkley Literature Festival, the Edinburgh Book Festival, Edinburgh Fringe, among others. “Good Breeding” became its own Radio 4 show.

Kate directed and co-wrote “Queens of the North” with Hull collective Women of Words, commissioned by Hull 2017 and the BBC’s ‘Contains Strong Language’ Festival. Her 2018 theatre piece about Northern women, “Where There’s Muck There’s Bras,” was commissioned by the Great Exhibition of the North.

Kate was given the Andrew Waterhouse Award from New Writing North, an Arts Council ‘Time to Write’ award, and a K Blundell Trust grant from the Society of Authors. She has taught and facilitated numerous workshops, including those for the Arvon Foundation, First Story, Creative Partnerships and New Writing North.

Her book adaptation of Where There’s Muck, There’s Bras is now being adapted for HarperNorth for publication in late 2021.